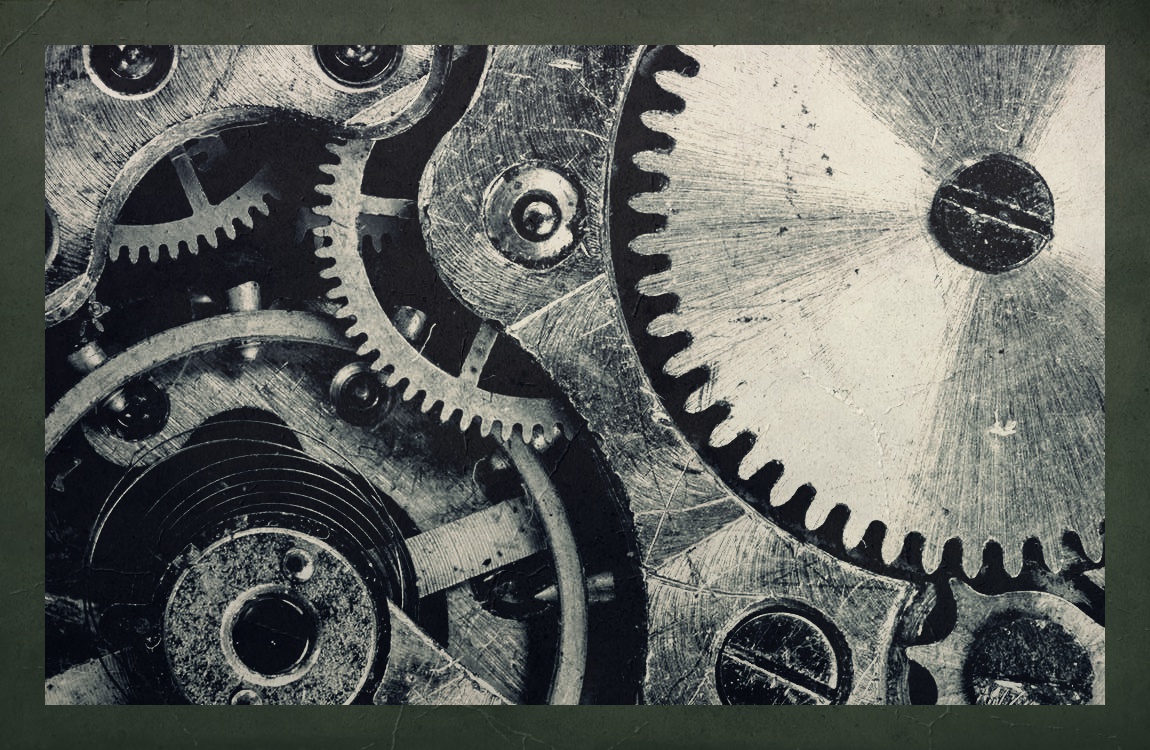 (I would like to make this a serialized story.  As of yet I do not have a conclusion outlined, but I have three other parts (about the same length as this), that I need to edit.  I hope you enjoy.  Thanks, as always, for reading)

With wealth like Sally Longbottom’s, her and her family, could afford to eat at a table exclusively used for breakfast. Just the other week she met a friend from her past, Esquanchito, he had fallen on hard times, an old University friend. When Sally explained that she ate Eggs Benedict on special furniture, Esquanchito asked, – Why, why, why? And Sally Longbottom suffered from a minor heart attack.

She awoke in the hospital greeted by her beau Mr. Literature.

– Esquanchito said you took quite a fall and he brought you here.

– What have the doctors said, she asked.

She had not seen Mr. Literature since the stir he had made at church. A rumor had spread that he had sung to a young woman and made her blush.

– Are you sorry for what’ve you done honey, she asked.

– There’s never been anything I’ve been more sorry about. When I heard you had fallen, I thought immediately of you heart and I felt like such a fool for my behavior.

– We all make mistakes dear Rupert.

Sally was discharged shortly after. The doctor recommend she take sodium nitrate: it would wake up her heart. The larger concern, as Rupert and Sally talked to each other in the Doctors presence, was the doctor diagnosed them with affluenza.

– But how can you tell, Sally pleaded.

– For the five minutes I’ve stood here you all only spoke of the most shallow events.

– Our maid has not repaired my wind-chime. It helps me rest and wards off bad energy in the evening.

– Is this that thing our digital-bookkeeper goes on about Rupert?

– Sally I’m quite concerned with what the man is saying. I have been feeling empty and dead inside. When I see all those sunken faces on the street I just wonder why they don’t eat more.

– That’s because a parasite is destroying the world’s crops. We converted them all to have similar genetic strains and oops they’re not as resistant, but they’re all we have left, the Doctor said.

– Wait to which hospital did Esquanchito bring me?

– This is St Leandra’s in the heart of Amherst, the Doctor said.

– Oh god he brought us to a common hospital Rupert.

– Now Sally you have to calm down the man’s just doing his job.

– I want a second opinion on your diagnosis.

They left the hospital with a script for sodium nitrate and a recommendation for a Cognitive Doctor (CogDoc).

– These salary earners, they always think they can get one up on you, Sally said as their driver took them home.

– But you said you have been feeling dead inside? Is that why you sang to that girl?

– I’ve taken these singing lessons for so long and I used to perform with my boys in our a cappella group. I wanted to do something nice for someone.

– Of course in university you were so wonderful with your tie and suit.

– I just felt inspired at the moment. I didn’t mean to make an advance at her.

– Have your pleasure centers not been fulfilled?

– I refuse to use that machine.

– Well that’s the problem Dr. Ötton said you would feel odd without it

They were quiet for the rest of the ride home. Their armored car drove through lower Amherst. Aside from Cambridge and the Fallsburg the eastern seaboard had rotted away. First it had been the hurricanes, then the earthquakes and finally the tsunamis. It had been called the three punch society ender or triple blow. People had once said tsunamis and earthquakes along the east coast: impossible. After the disasters the states reverted to prolonged martial law. It was the easiest solution without any long range communication, it had all been destroyed. The shortage that struck people the hardest was the lack of running potable water. That is where the greatest casualties occurred. Mr. Longbottom, Sally’s father, had invented an easy to make purifier straw. He is credited with saving the east coast from total catastrophe. He had given the straws away for free but once towns and states began to rebuild they felt indebted to him and Mr Longbottom was granted various government contracts.

The natural disasters had only been the catalyst to change the social structure. People had forgotten civics so a state manage aristocracy, distributed via contracts, seemed like the most forward solution. People on the streets argued that a strong leader can make all the difference and push forward change. Democracy was a novelty for times of wealth.

But wealth did return, just not to everyone, which wasn’t unheard of, but disparities now were not comparable to pre-disaster. The upper cognitives (UpCogs) were granted management positions even if they had no experience. They were the lower aristocracy while the rest waited or toiled at menial labour.

Sally Longbottom and Rupert Literature’s armored car passed Carlos. He had once been an accountant but the records of money saved in banks had disappeared with the power outages. There had been back-ups detailing account information and back-ups of the back-ups but these all disappeared. Each state decided to make up its own currency, debt, and liens. All this had occurred without input from Carlos or other accountants. Their opinions would slow reconstruction. Plus Carlos, though a hard worker, was only an average cognitive. He had once listened to a speech by a social scientist, who had explained that throughout the ages various combinations of intellectual thought had been needed to rebuild societies. In the middle ages they needed morality and the written word which resulted in Thomas Aquinas and the scholastic movement.

– But now my boy we need people with logistical skills, people who can delegate.

– What about math, Carlos had asked.

– Well between you and me the machines that survived the triple blow can do all the calculations we need, without error. We have enough programers and as long as bits of mathematical code doesn’t vanish to the ages, we just don’t need an accountant.

– What about graft and corruption, Carlos asked the bureaucrat.

– We’re all working toward the same end no one wants to steal from our new society we’re building. Cheer up it’s like we’ve returned to colonial times. We’re settlers.

– The only thing that’s colonial is that you’re a bureaucrat telling me I don’t have a place in this new system.

– It’ll all work out, the bureaucrat said.

The man smiled at Carlos

Now Carlos spent all his time waiting outside his neighborhood grocery store. – They said six weeks and they’d get the stores backs, he thought as he sat.

– It always depresses me so much to go through lower and mid Amherst. These people make their lives so difficult, Sally said.

– Didn’t you hear what the doctor said there’s a food shortage, Rupert said. – We should do something. We should deconstruct our mansion and redistribute your father’s wealth.

Sally made a violent laugh.

– Oh Rupert you card. That was exactly what I needed to hear upon exiting the hospital. You always know how to cheer me up

The car waited outside the iron gates that surrounded their mansion. It pulled through and parked out front of their home.

– I can’t wait to see Chastity.

They entered their home and a small white dog ran up to Sally.

– We live in a world full of deceit and hypocrisy. We all know, to not be a hypocrite is the highest level one can achieve. While our father’s once worshiped pain and the sacrifice, we have to come to see the greed inherent to this. We have broken away from our fathers’ path to do what is right. Their world was one of binaries and moral judgments. We have created a system of peace and well-being for those with the cognizance to recognize. The path is available to all but you must give up your ways of hypocrisy. If you are an adulteress then be what you are. Do not say that you love one when you love many. This striving is what brought our cities crashing down…

Sally and Rupert left the sanctuary at the end of the service.

– Mr. Literature, Ms. Longbottom we always appreciate you coming to the diode. But the Element has a question for you.

– Anything for our foreman.

– Well I don’t know, the Foreman said, – if you’ve heard of the hyper-dub-frequency-laut-boxes that they’re producing in Fiber-Stuttgart, Germany. But they emit a frequency on the line of transcendence. I thought that would be a wonderful way to attract more UpCogs to services.

– Are we losing followers.

– Some seem to be pulled back to the old ways.

– This is why I’m proud to have you as a member of our Element Sally, you’re not afraid to say it like it is.

– Don’t be a hypocrite, as you said foreman.

– Indeed. So would you be willing to join Mr. Bridge in purchasing this speaker system.

– I would do anything, she put her hand on her foreman’s chest – to secure the order of our Element.

– May upper cognizance be with you.

– And also with you.

Sally and Rupert were quiet as they rode home.

– Are you embarrassed by something Rupert. Did you see your singing partner?

– Janette decided to leave the element.

– Is she going back to the old ways.

– I didn’t ask her but there seems to be a lot of appeal to the rough finish of the old churches.

– Maybe we can buy them out, she threw her head back and gave a guttural laugh.

– I don’t think we should give that money to Foreman Brown.

– And why do you say that Rupey.

– Well I think he’s buying more than just poly-carbon robes with it, if you know what I mean. Have you thought about that, why does he wear robes, if we’re breaking tradition with the past why wear the…

– Oh Rupert you are going on about some crazy things. I get out of the hospital and you suggest redistribution and now Foreman Brown is a grafter. This is why we call you Mr. Literature, she paused – Always able to thread the longest yarns.

That evening Rupert read Mary Shelly’s Frankenstein. When he finished, he walked out the front door of the mansion and headed to the front gates of the compound.

– Sir you’re going out on your own, in the evening?

– She’ll be awfully sorry to hear that I’m sure.

– I think she will find a way to get along without me.

As this conversation was occurring Sally sat in hear ergonomic chair plugged into her endorphin magnifier. She breathed deeply and repeated – Peace is outside me. Searching for it within brings conflict to the temporal. Peace is on the screen. Chastity is peace, she pet her dog.